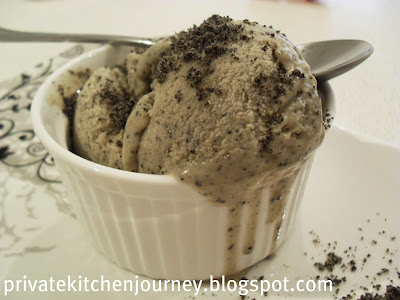 I love black sesame (but I think my younger sis loves it way more!) and recently bought a big packet of ground black sesame from an Asian grocery store in Melbourne and have been trying to use them any chance I get in my food experiments.  Tried making black sesame french macarons with it and it tasted good (recipe to come in future postings!).  Came across an ice-cream recipe in last Tuesday "The Sydney Morning Herald" newspaper but it was a green tea ice-cream recipe.  Looked at it and seem simple hence instead of green tea, I thought I will substitute it with Black Sesame instead.  The recipe had indicated freezing in an ice-cream machine but unfortunately I do not have one BUT I must say without using an ice-cream machine, it still turn out fine and I made it all with no hassle at all.

For those unfamiliar with black sesame, it is like white sesame but its black in colour.  It has a fragrant very similar to roasted peanuts.  Anyways, recipe as below.

Method:
1) Mix ground black sesame with 2 tbs sugar.
2) In a separate bowl, whisk egg yolks with remaining sugar until white and creamy, set aside.
3) Place milk in a medium saucepan on medium low heat until it is about to boil but not to boiling stage.
4) Remove from heat and pour some milk into the ground black sesame.  Stir until incorporate and then pour the black sesame mixture back to the saucepan with the remaining milk.
4) While stirring the egg yolk and sugar mixture, pour a little of the milk (that now contain the sesame mixture as well) into the mixture and continue to stir.  Pour the remaining milk into the mixture and stir until incorporate and without lumps.
5) Pour the egg, milk and sesame mixture back into the saucepan and on medium heat, using a whisk, stir mixture until thick and creamy, remove from heat and let cool quickly (tip: to get it to cool quickly is to either fill a bowl with ice and place the saucepan on it OR place the saucepan on a couple of freeze ice packs with a cloth over it (refer to attached picture below).  Set aside.
6) In a mixer, whip the pouring cream until it is thick with a slight lumpy texture.
7) Mix the whipped cream and cool egg and black sesame mixture together.  Stir until smooth and without lumps.
8) Place it in a stainless steel container.  Cover the top with a tin foil paper or plastic wrap and freeze for 3 hours.
9) Remove from freezer, give the mixture a thorough stir (it would be unevenly hard at this stage) and place it back covered in the freezer to freeze overnight (or approximately 7-8 hours).
10) Serve it with a sprinkle of ground black sesame.  Enjoy!
(note:  It was very hard to scoop out when I removed from the freezer, hence depending on the room temperature, best to let it sit on the bench for about 10 minutes before scooping it out) 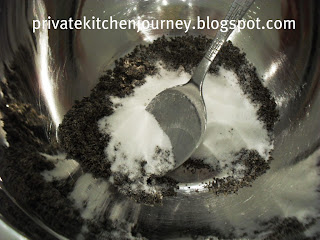 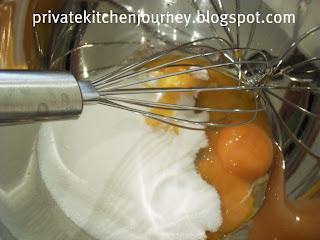 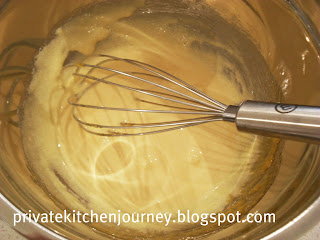 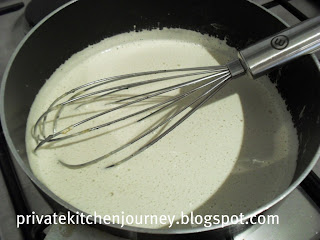 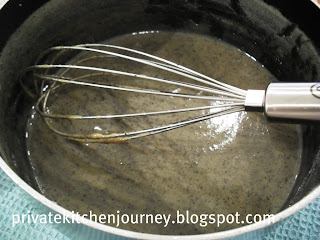 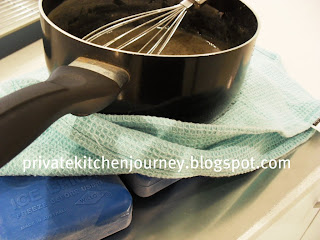 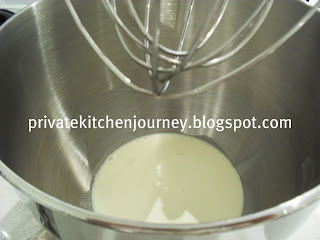 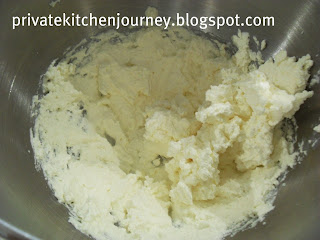 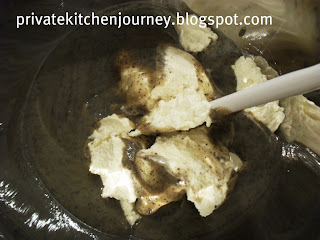 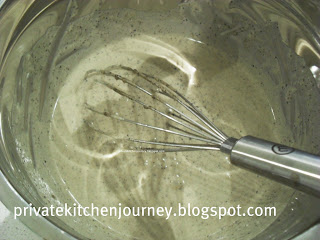 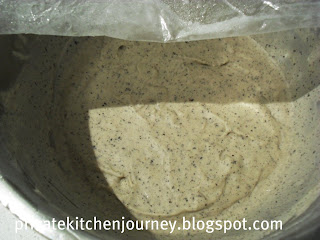 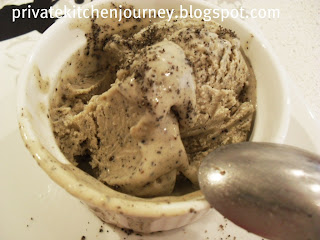