It has been a while...celebrating my come back with a passionfruit pavlova!!! 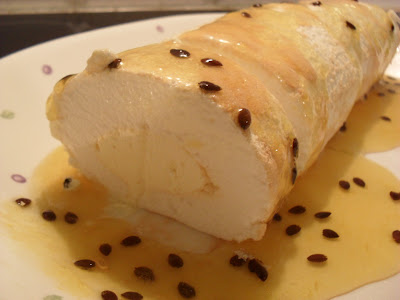 I can't quite believe time has flew quickly and I havent touched or updated my blog for a little over a year! No...I havent been lazy!!! In the last 13 months, I did a couple of french macaron sale at the monthly Wagga Wagga local farmers market (if you have done macarons before, you can imagine how labour intensive this can be especially if one is running it at the side of a full time job and spending all weekends on a one man show just making and packaging the macarons!! I do enjoy it though and the end result is very rewarding!!), embarked on a new relationship, moved to a bigger city and started a new job!!!  Yes...in the last 13 months, lots has happened both in my personal and work life!  Am a little more settled in to my new life and routine and ready to get back on to experimenting and sharing on my blog...!!!  Moving to a new place also means adapting to new kitchen appliances especially the oven.  I must say I really really miss my oven back in Wagga Wagga and wished I could have move it here!  The oven at this new place is kind of old, not fan force and heats up way too quickly which also means one needs to constantly watch or reduce cooking time in order to avoid burning and creating a disastrous end result!

Anyways, so much for my babling...although I had done a number of experiments in the last couple of months, I cant think of what better than a Pavlova to kick start my come back!:)  For those unfamiliar with Pavlova, it is an Australian celebration dessert and commonly serve during Birthdays, Christmas, Australia Day etc.  A typical pavlova is in a round or square cake form which base is entirely meringue and is topped with whipped cream and fresh fruits.  However, instead of a typical pavlova, I decided to do a lighter version which is a pavlova roll.  I have meant to experiment this recipe when I first saw it on the Australian Good Food magazine in Oct 2010 but somehow havent got a chance to do this until now!!  The whole process is fairly simple, however, the rolling bit can be a bit messy and somewhat fiddly.  Quite happy with the end result but in all my excitement on wanting to taste it, I forgot to sprinkle the icing sugar which would look nice as presentation but can be eliminated as the end result is already sweet enough:)  Anyways, below is the recipe, hope you enjoy experimenting it as much as I do:)

Method:
1) Preheat oven to 140C non fan.  Grease a 32cm x 26cm swiss roll pan.  Line base and ensure that baking paper extends 5cm above rim on long sides of pan.
2) Using an electric mixer, beat eggwhites until soft peaks form.  Add half of caster sugar, 1 tbsp at a time, beating constantly until thick and glossy.  Using a large metal spoon, gently fold through cornflour, vinegar and vanilla, until just combined.  Using a silicone spatula, spread mixture evenly into prepared pan.
3) Bake for 15-20 mins, until just firm and lightly coloured.  Cool in pan for 5 mins.  Line a wire rack with baking paper and dust with extra 1 tbsp caster sugar.  Turn meringue out onto prepared rack.  Gently peel away and discard baking paper from meringue.  Cool.
4) Using an electric mixer, whip cream until firm peaks form.  Fold through half of passionfruit pulp.  Spread cream over meringue, leaving a 1cm border around edge.  Using baking paper as a guide, and starting from long side, tightly roll meringue, keeping it wrapped in baking paper.  Refrigerate for 30 mins.
5) Place remaining passionfruit pulp and remaining caster sugar in a small saucepan and stir over low heat until sugar dissolves.  Bring to a simmer on medium-high heat and simmer for 2-3 mins, until thickened slightly.  Cool.
6) Unwrap roulade and dust with icing sugar.  Drizzle with syrup and serve. 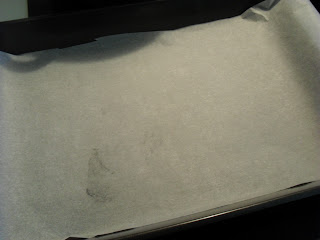 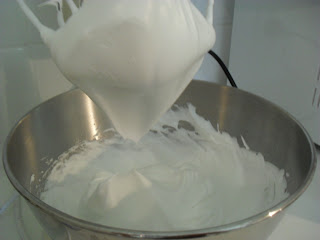 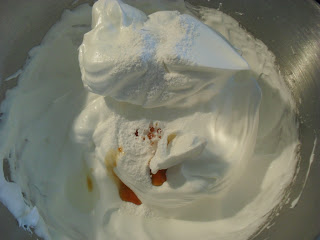 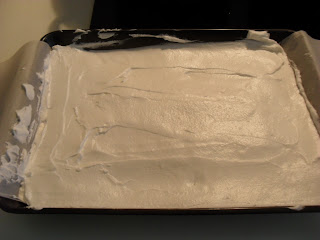 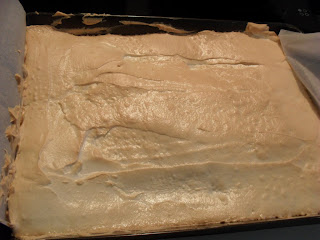 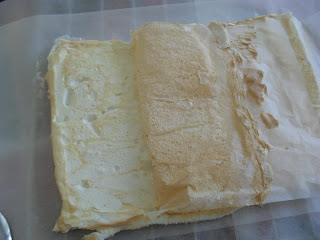 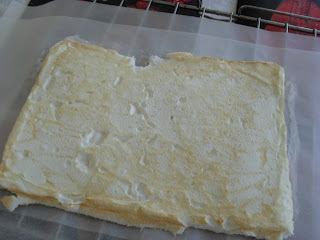 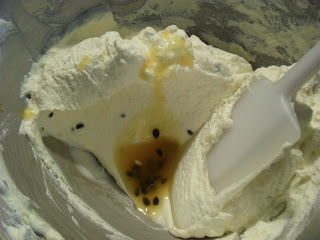 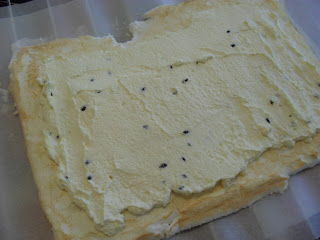 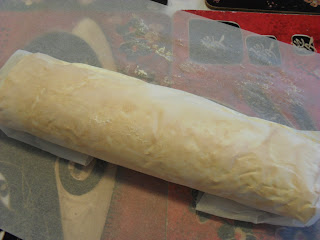 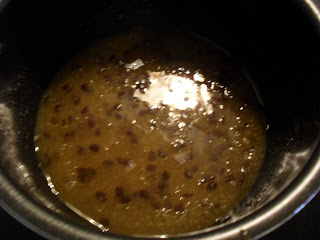 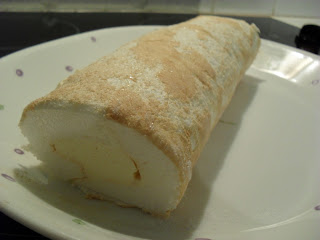