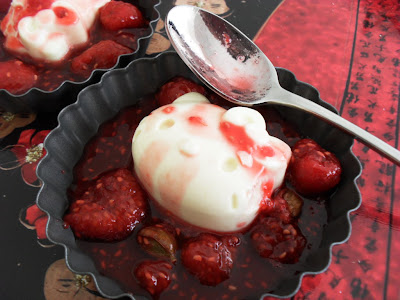 Have always love the smell of Cardamon but didn't knew before that was Cardamon until I recently used them for the lamb biryani trial.  Since then, just fell in love with it and wanna use them in dishes at every chance I get!   Had some milk and cream leftover in the fridge and decided to make panna cotta.  The original recipe called for cloves but I decided to replace them with guess what?  Cardamon..lol!  Saw some fresh raspberry at the supermarket and thought I will use them for the toppings and also tried infusing them with Cardamon...yes, sounds like overly obsessive with Cardamon!  This was also my chance to use the hello kitty silicon mold I bought in Hong Kong a couple months back....On the overall, the outcome was good, however as raspberry in itself is quite overpowering, infusing it with Cardamon was not entirely a good combination, nevertherless still taste good!  Recipe as per below - enjoy trying! 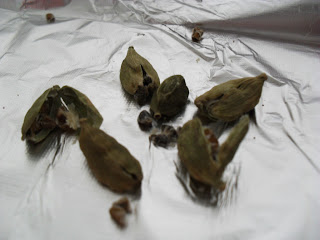 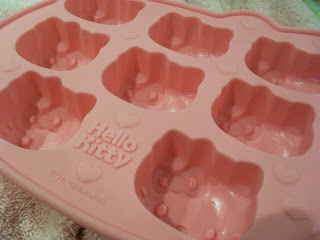 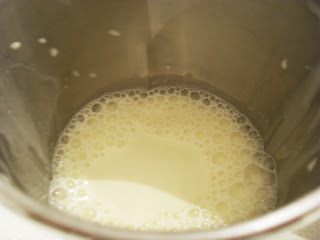 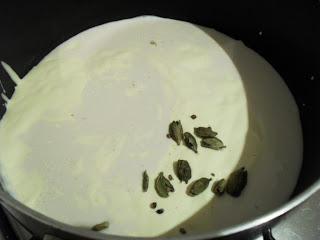 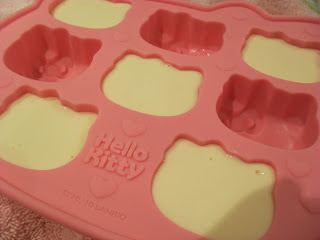 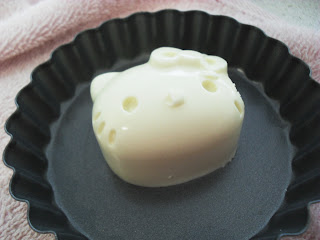 (Raspberry Sauce)
1) Place all ingredients in a small saucepan.  On medium low heat, mix all ingredients until sugar melts and the mixture looks saucy.  Boil till sides bubble.  (This process should only take approximately 5 minutes) 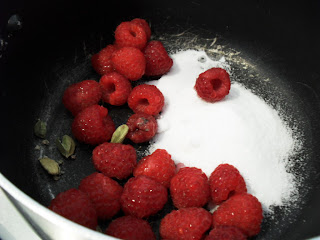 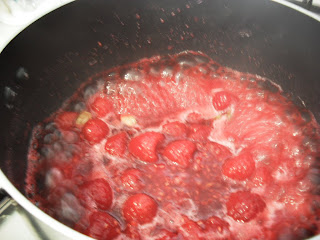 2) Pour into container, let cool.  Chilled till ready to be used. 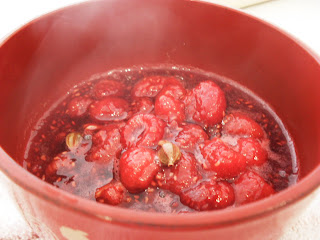 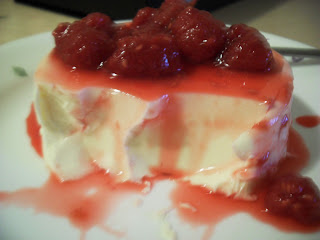